At Banks Gas, our mission is to provide safe and reliable service in the field of distribution gas line installation and repair.

The success of Banks Gas can be attributed to many things, starting with owner Tom Banks aggressive approach to building a state-of-the art company and finishing with the smart, diverse workforce Banks Gas has assembled and trained to handle the toughest jobs.

But if asked about the foundations of the business’s success, Tom Banks will talk of family and the influence of his Grandfather, John K Banks.

Our History is a History of Family

John instilled in his grandson Tom two important lessons: first that a company is only as good as its employees, and second that entrepreneurial innovation is the key to success.

In Tom’s generation, all 4 brothers own businesses.

A former Marine, Tom Banks earned his stripes in the gas distribution industry working as a mainline foreman at Trafford Corporation. The entrepreneur in Tom saw an opportunity for skilled, affordable work in tying residential customers into the service lines and repairing leaks.

With a truck and some tools, Tom struck out on his own as Banks Gas.

Founded in 2001, Banks Gas was incorporated as Banks Gas Services, Inc. in December of 2005 and headquartered in North Versailles, PA.

In just a few short years, the work of Banks Gas caught the attention of Equitable Gas, winning the growing company a contract to service residential and commercial customers at the tie-in point where tests often revealed leaks in the customers’ delivery lines.

Innovation is the Key to Banks Gas Growth 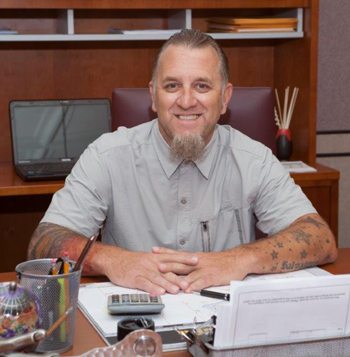 In order to compete in the 21st Century, Tom Banks decided to leave backhoe trenchers behind and innovate in the use of trenchless technologies, including vacuum excavators and directional drilling.

At every turn, Tom and his growing team seek to advance the resources and skill sets of Banks Gas, which today can boast significant experience in both corrosion control and GPS line and utility location as well.

A Dedicated Team Makes it Happen

Tom firmly believes that his employees are the company’s greatest assets, never forgetting the lessons instilled in him by his grandfather, John K Banks.

At Banks Gas, all executives, managers, supervisors, and employees are called upon to be leaders who demonstrate the highest levels of professionalism, technical skill, and on-the-job safety. Beyond their professional duties, they are encouraged to exhibit behaviors of acceptance, inclusion, and accountability wherever their interactions with fellow employees, clients, and customers are concerned.

When you interact with Banks Gas at any level, from phone support to on-site crews, all the way to owner Thomas K. Banks, you deserve and will receive our very best.